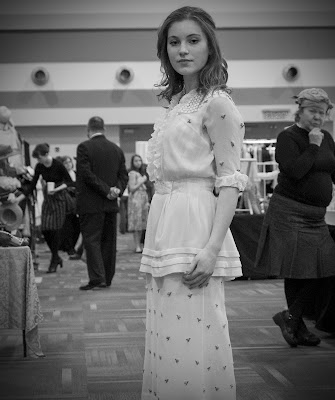 Model Pascale Boudreau poses in a circa 1911 outfit at the Ottawa Vintage Clothing Show on the 28th April, 2013. Others look on, convinced that she really is a time traveller. This picture was taken with the Fujifilm X-Pro1 and the Fujinon 18-55mm zoom lens, shot at a dizzying 6400 ISO. Vignetting added on Photoshop as this remarkable lens does not vignette. To find faults with this camera combo, you have to create them yourself.
Posted by John Smith at 9:17 AM No comments: 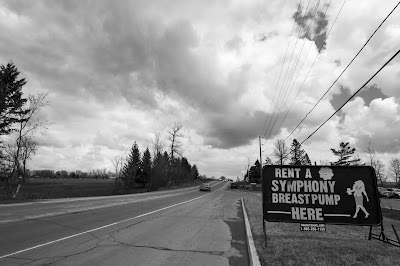 One of the recurring comments that I have faced this winter is "Have you stopped posting?". I have to be honest. I hate winter and I feel thoroughly unmotivated during the season. Then again, I am miserable in any temperature below 45C. June 21st is a day that gets me down because the days begin to get shorter. And that means winter is on its way. So the winter months have not been too productive on my blog.

But spring has come to the rescue (of me). The sun has melted the cold dandruff and lawns and streets can be themselves again. We don't have to wear layers of clothes that take more time to put on and remove than Scarlett O'Hara could imagine. We can move. And people aren't so prone to wear stupid knit hats that look like Angry Birds.

So on Wednesday the 17th of April, I hit the streets with my Fujifilm X-Pro1. I brought two lenses with me...my trusty 35mm f1.4 Fujinon and my new 14mm f2.8 Fujinon. I also brought out my favourite filter, the circular polariser.

I have always loved Velvia film, but I am an old school Kodachrome man. I use a polariser because that's what old school Kodachrome men do. Look at the pictures of Joel Meyerowitz, Pete Turner, Franco Fontana or Cheyco Leydmann and you can see the wonder of hyper-real colour photography using Kodachrome or Ektachrome. They are no stranger to the polariser filter. So with good sunlight, I was excited to do some shots, in digital mode using the polariser. And the 14mm lens is perfect for the job. 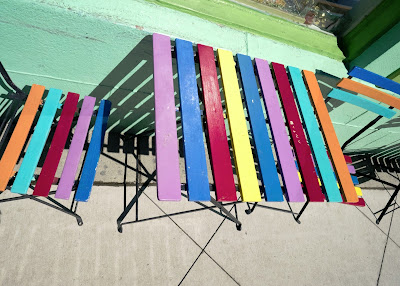 For once, the midday sun came through for me. 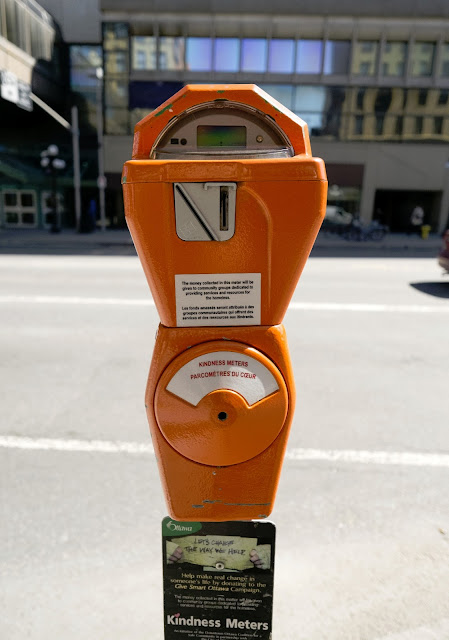 This orange meter was shot after midday. The 14mm lens is as sharp as a tack. 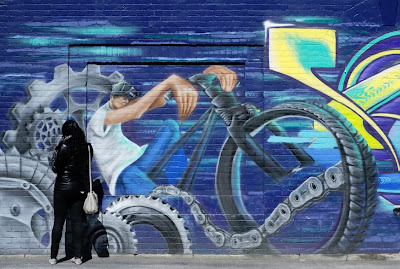 Street photography doesn't have to be done in black and white. 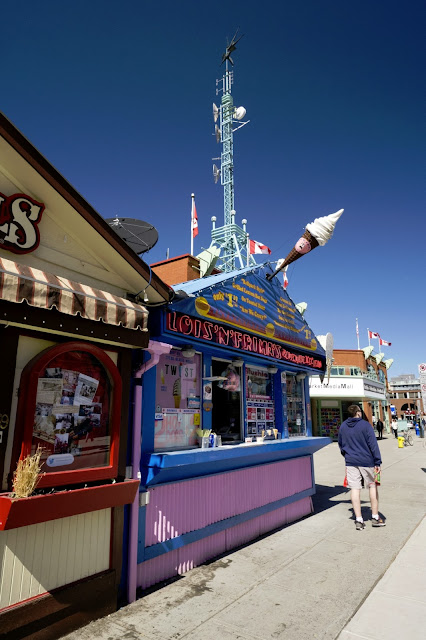 The distortion on the 14mm lens is there, obviously, but it's a great distortion. This lens is a story teller. 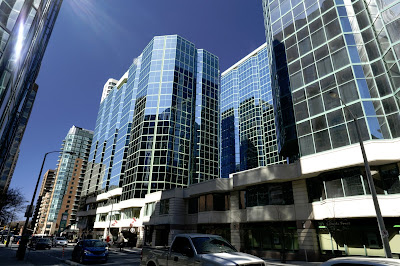 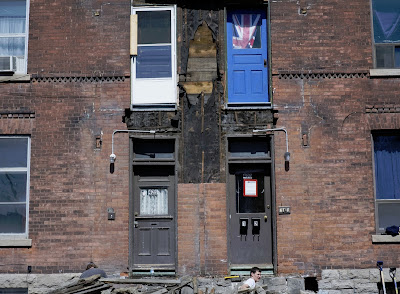 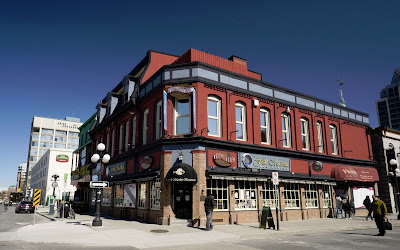 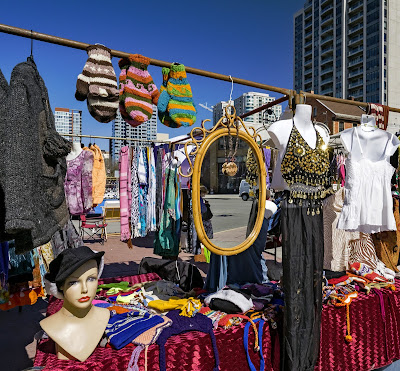 For all your Santo needs: 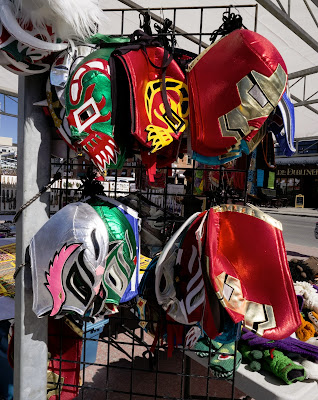 So I met my closest friend in Ottawa, Marcia B. She's moving to Montreal on Monday, but her blog will not only remain a force to be reckoned with, she will be covering fashion events in Montreal and Ottawa. We went to the Byward Market in downtown Ottawa and met Veronica Lake...er...Alanna Sterling, and up and coming actor and model. 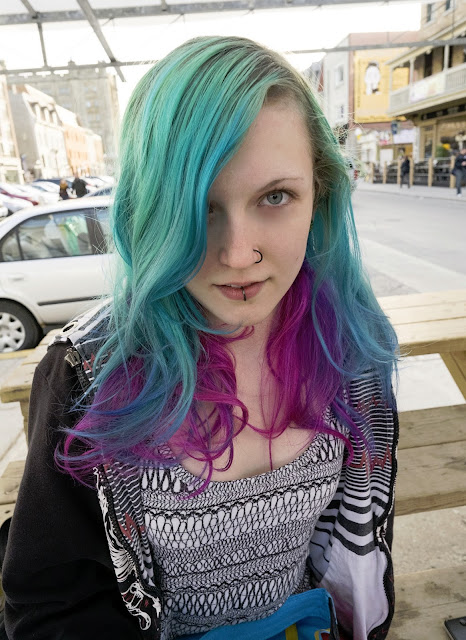 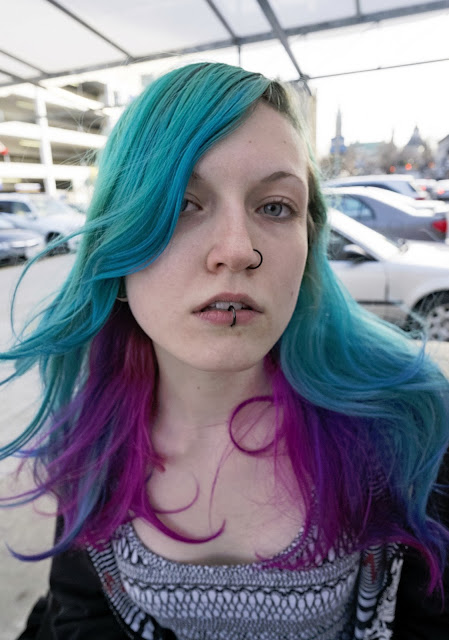 While she looks very now, her look also screams 1940s.

So I am back. More on the way. 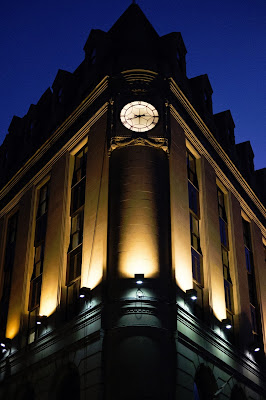