In February 2022, for three weeks, Ottawa weathered a group of protestors, the Freedom Convoy, whose goal was to "free" the public of the safety measures preventing the spread of the Covid virus, cutting mask and vaccination mandates. They took to Ottawa and the Parliament Building to air their grievances, in spite of the fact that the mandates were municipal, provincial, and private directives. In the process, older people, women and disabled people were attacked and had their masks ripped from their faces by a mob. The mob was contained and led away. Generally, the majority of protestors, who squatted around Parliament Hill were a wide eyed lot, and in spite of it all, they were focused on their anti-mask and vax goals, and displayed a veneer of civility.

From the 29th to the 30th of April 2022, a new protest hit Ottawa, the Rolling Thunder Rally, where motorcyclists were intent on repeating the actions of the Freedom Convoy. This time, the Ottawa police were ready for the protestors, and they could not ride their bikes on the quadrant around Parliament Hill. This threw off the protest, that and the loosening of mask mandates. So the result was a themeless crowd of disarray. 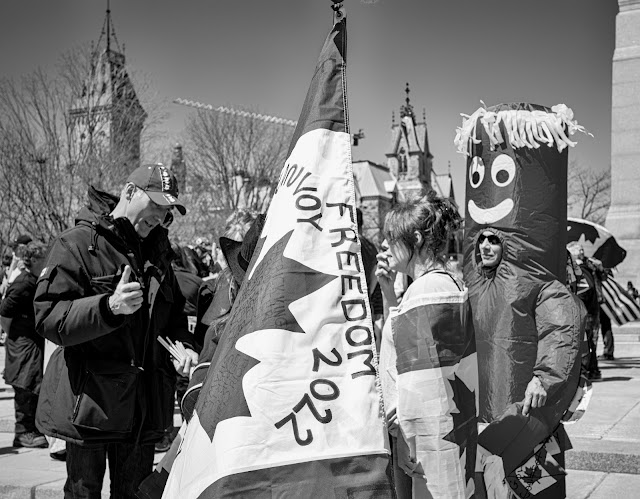 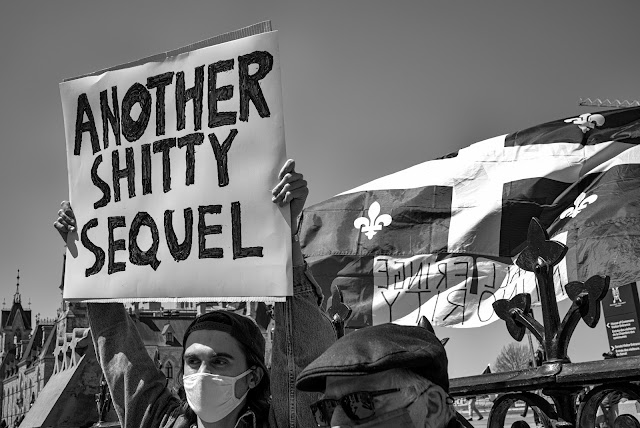 Arguing theology with the grim reaper.
Posted by John Smith at 6:14 PM No comments: