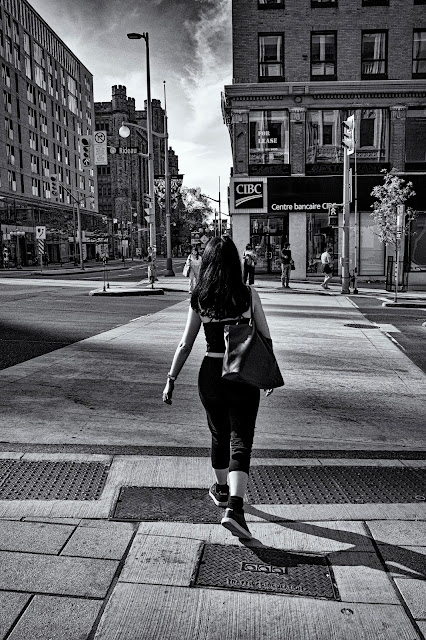 Posted by John Smith at 9:20 PM No comments:

Canada Day is usually a joyous occasion here in the True North. But this years, in lieu of the findings of death and abuse in indigenous residential schools, it is a time for reflection. So this year, the usually cheerful festivities were replaced with solemn demonstrations. Yes, there was anger, but there was not demonstration of hatred or violence, just demands of review and justice. 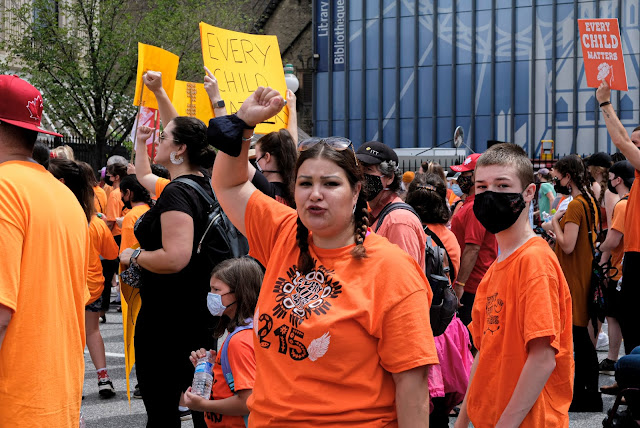 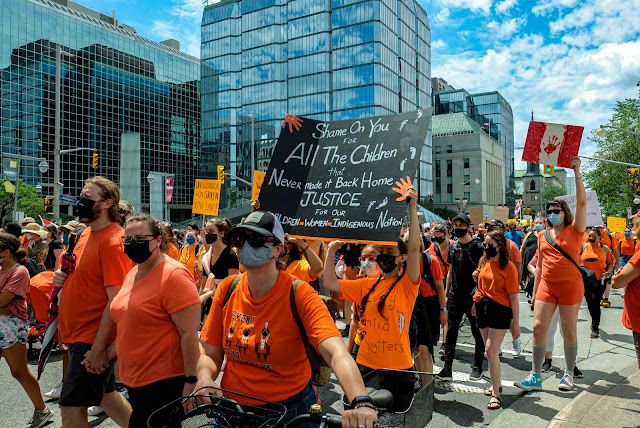 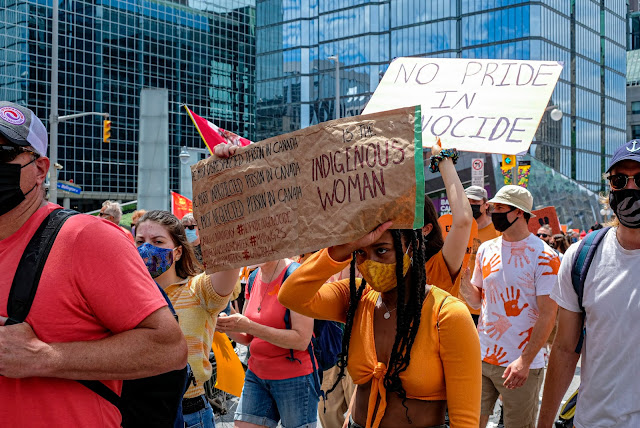 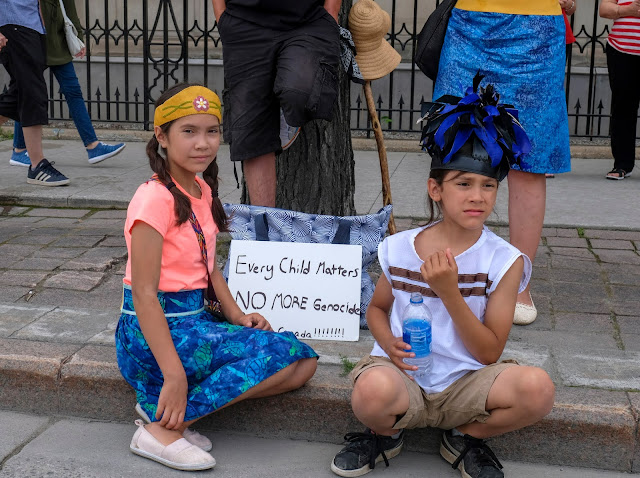 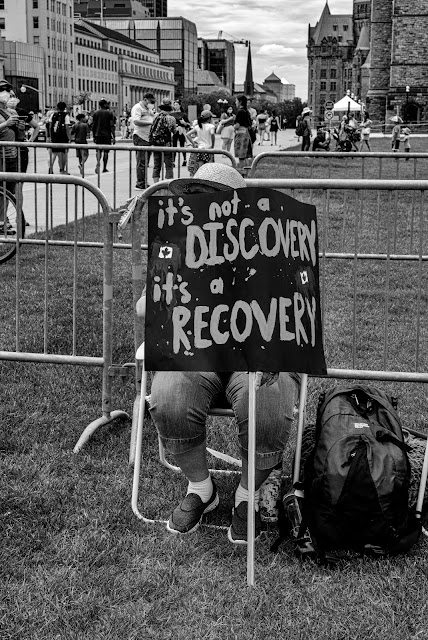 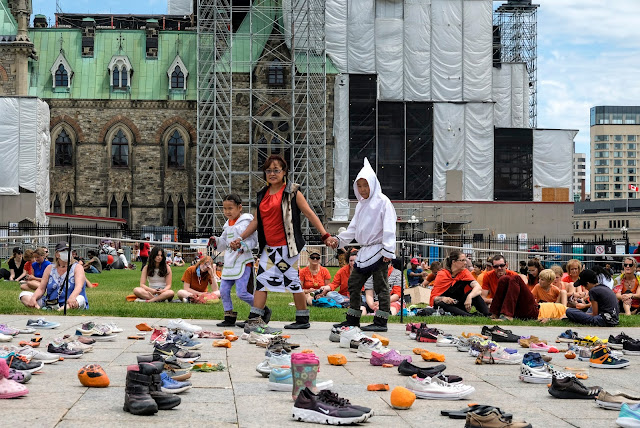 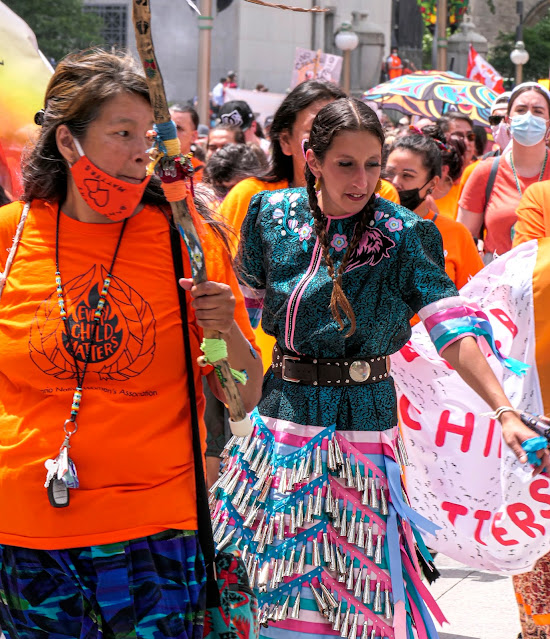 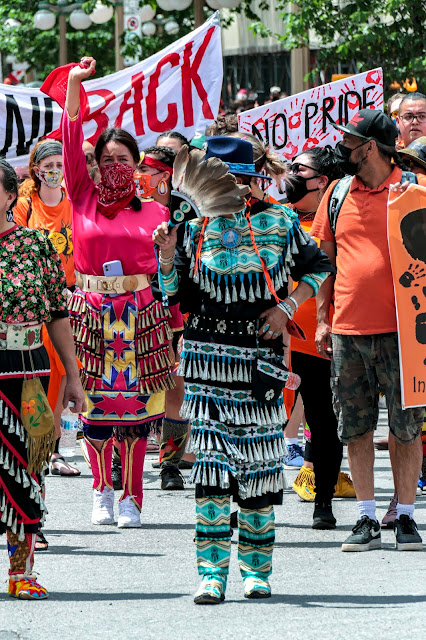 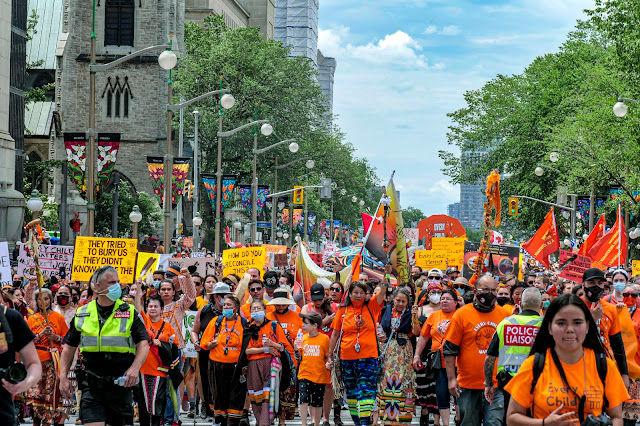 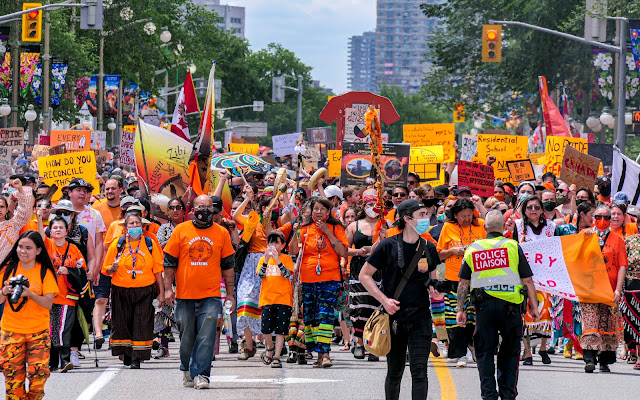 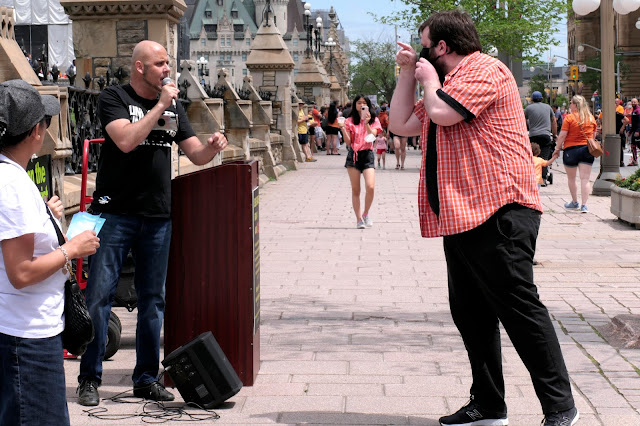 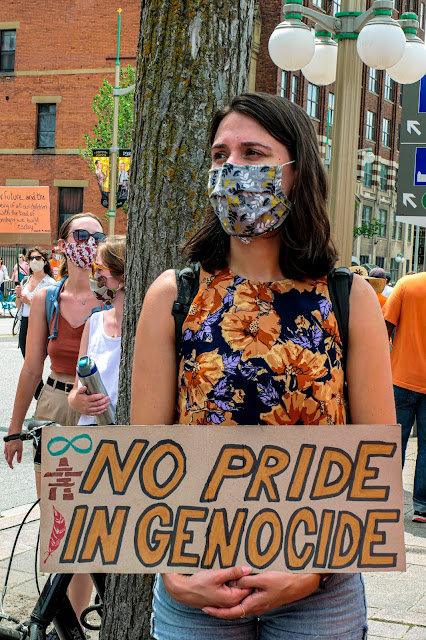 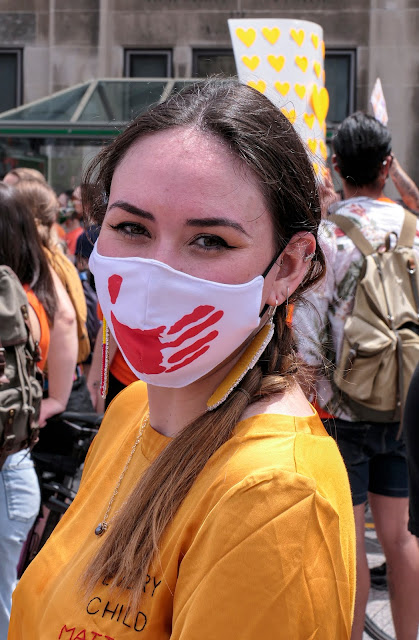 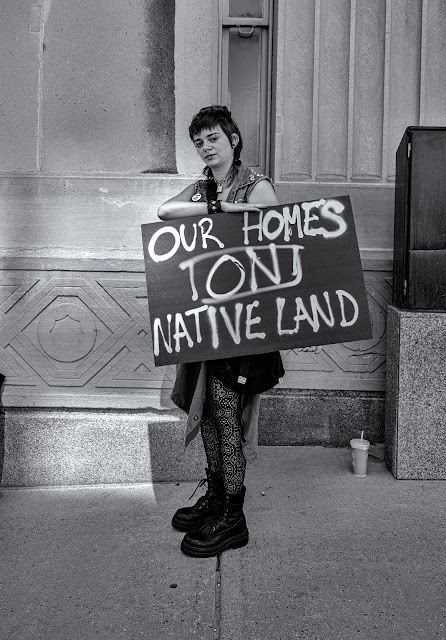 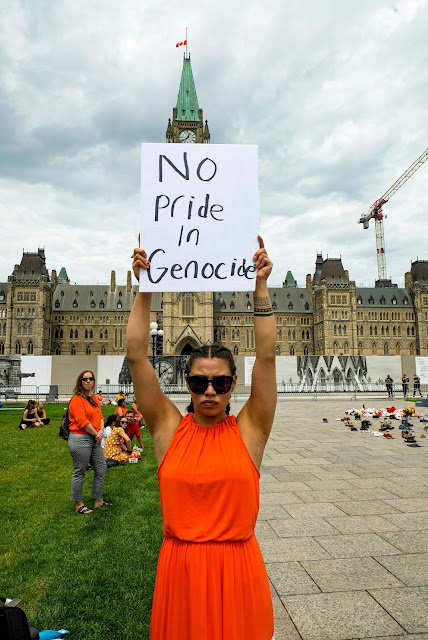 The demonstration was angry, but without violence or hatred. Not only was healing recommended, but investigation of the deaths of the indigenous children, and reform for the education system for indigenous students, and all other students.

The demonstration was nonviolent, graceful, and intelligent. Unlike the parallel demonstration by anti-mask protestors. Loud, profane, and deluded by a foolish form of freedom that is claimed to given by nature, these ultramaroons did a lousy job trying to convince people of their focus. The crowd laughed them off, and once the novelty wore off, they were booed away. 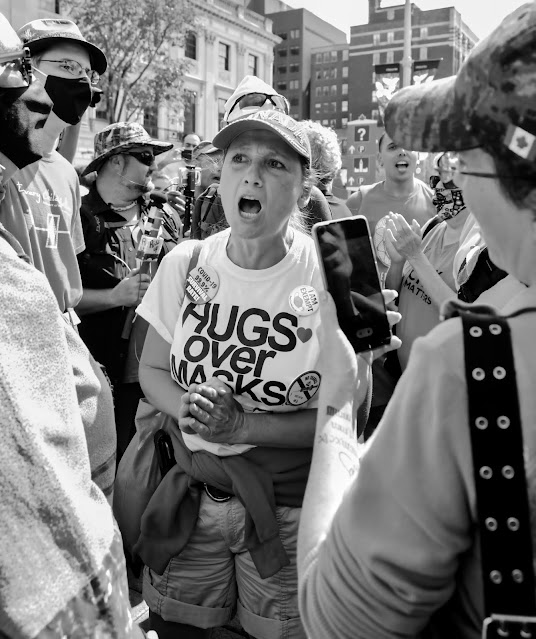 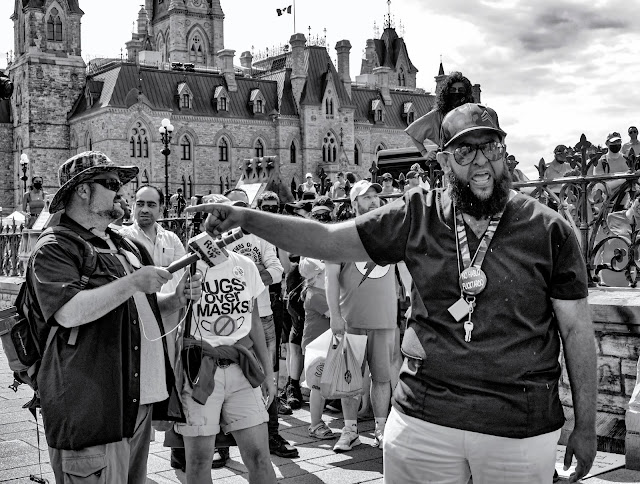 Hugs over masks? They know as much about science as they do about their constitutional rights. The guy on the left of the bottom photo, carrying the mike boom, wore an Infowars button. That explains a lot.

Posted by John Smith at 6:02 PM No comments: