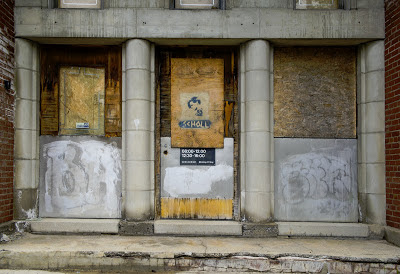 I was in Gatineau/Hull on the 22nd of May and I saw this doorway from a distance. I came close and as I was about to shoot the picture I noticed that on the centre door there was a stencil drawing of the image of Sophie Scholl. I closed in and took another photograph of the door. 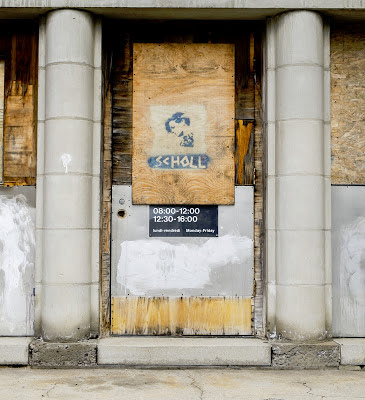 It was Sophie Scholl all right. I am sure that people have looked at the image and wondered who this young woman was. With no first name as a guide, I imagine that many people dismissed the image as one of some punk rocker from the eighties. Or some film star from Europe.

Sadly, Sophie Scholl was one of the major martyrs for peace in the twentieth century. She protested  against war through a peace network called die Weiße Rose (The White Rose). What made her different from most anti-war activists is that she staged her protests during World War II, in Nazi Germany. In 1943 she was convicted of high treason for distributing anti-war leaflets and was sentenced to death. Her trial was conducted by Judge Roland Freisler, who later tried and convicted the participants in the 20 July plot to kill Adolf Hitler. She was beheaded just a few hours after the sentence was carried. Her heroism is worth noting and I am delighted that someone went out of their way to give remembrance to her.
Posted by John Smith at 6:37 PM No comments:

Vankleek Hill, Ontario is the home of my favourite Canadian beer, Beau's. It is a charming town. Slightly east of Ottawa, it shares the charm of the small towns in that district. For someone who wants to return to Toronto because it is a municipal reflection of myself, I really love towns like Vankleek Hill, Alfred de Plantagenet and Hawkesbury. 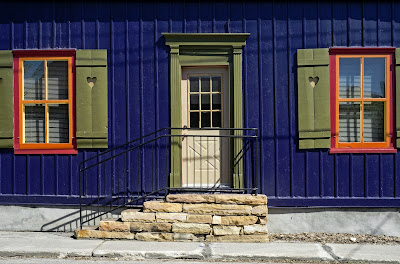 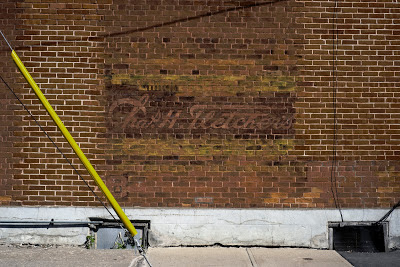 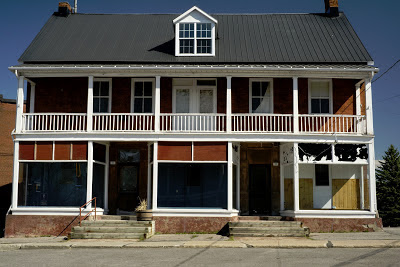 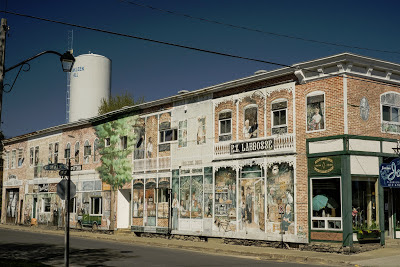 This is a stunning municipal mural. 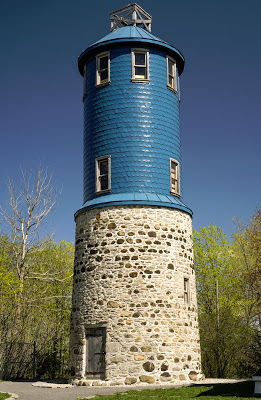 The Higginson Observation Tower. Once a windmill, then a lookout post in the time of the Fenian raids, it became an astrological observatory in the 1870s. After years of neglect, the people of Vankleek Hill renovated the building in 2003. 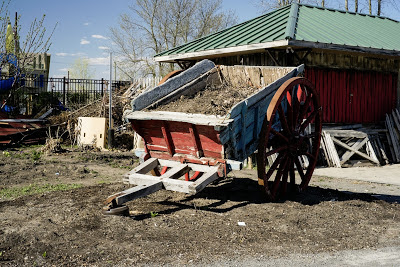 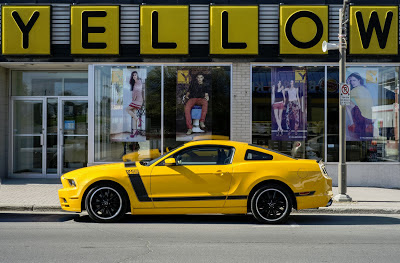